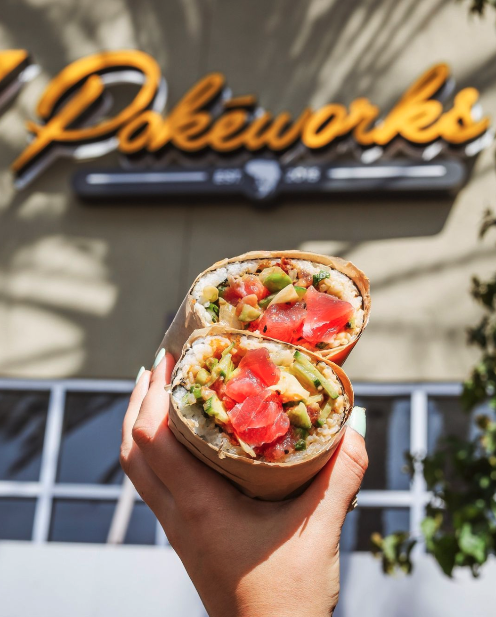 After being inspired by trips to Hawaii, Pokeworks’ founders brought the island’s vibrant bowls of marinated fish, rice, veg, and umami-packed sauces to the mainland United States. Pokeworks is now America’s fastest-growing poke franchise with over 60 locations in three countries.

The concept offers a fresh and healthy, low-calorie option to the fast-casual market with a focus on careful ingredient sourcing and sustainability. And by operating a franchise model, Pokeworks offers a huge opportunity for franchisees to partner with a successful, fast-growing brand wherever they are in the United States.

Christian Sailer, Franchise Business Consultant at Pokeworks, explains that the brand opened its first store near Manhattan’s Bryant Park. And the concept blew up after the unique “sushi burrito” took social media by storm.

More than 50 million people saw the viral video of Pokeworks’ signature nori-wrapped poke burrito after a vlogger posted it online. The brand has since gone from strength to strength.

After managing several stores himself, Christian now works as a consultant for franchisees, ensuring they have all the tools, support, and training they need to thrive.

“[Franchise Business Consultants] are the conduit between the corporate side and the franchise side,” He explains, “So we have the business relationship, the daily conversations with the franchisees to make sure that their sales are growing, making sure that they're operating according to the Pokeworks standards and practices. We're the ones who deal with the day-to-day of how they operate.”

Christian was previously using paper checklists for task management, leading to pencil whipping, where a member of staff quickly ticks off a checklist without actually completing the tasks.

“I had some previous experience with other methods,” He explains, “Some people had done the red book in the past where you have a book that goes month to month and you're checking off everything on a daily basis. But with those red books, you’re just pencil whipping it the entire time.”

“And there's no photo capturing of anything,” He continues, “It's just a static device and there’s a lot of false information that you put on there, with no accountability.

With Blanket’s digital checklists, employees are more engaged in their daily tasks. They know that the checklists are visible rather than being stashed away in the restaurant’s back office.”

Visibility across franchise locations drives competition for a 95+% completion rate

Christian oversees 21 locations across the United States as far and wide as California, Texas, New York, and Nebraska. His role includes onboarding new franchisees and supporting them as they get up to speed with all the technology and management tools that Pokeworks uses.

With the franchises being so spread out, there’s no way Christian can be physically present to oversee all the locations.

To maintain consistency and protect the brand’s reputation, tasks needed to be completed consistently at every location. In a busy restaurant, it’s easy for details to be missed so he needed a way of having visibility across this vast area.

He says that Blanket adds organizational accountability across locations, even when he can’t be in the store physically:

“If you aren’t there as a manager, with Blanket, you can still get on a computer and log in and see exactly what's going on in your store and make sure that people are staying on top of what is required of them.”

In fact, Christian reveals that because of visibility between locations, Blanket actually drives competition between franchisees. The locations all see the completion rates and want to be the top franchise.

“It became kind of like almost a competition between the other franchise stores in terms of who could have the highest completion percentage at the end of the week. We would get to the point where pretty much everyone was at 95% or higher,” He reveals.

Excellent food safety is non-negotiable when serving raw fish. Christian explains how vital it is that food safety doesn’t become a box-ticking exercise when there is a high risk of serious illness if something goes wrong. It’s vital that everything has been done to ensure food is prepared and stored safely.

“For a poke concept where you're dealing with raw seafood, that food safety was very, very important,” Christian says, adding, “That's something that Blanket was able to provide.”

Blanket allows staff to add photos to tasks as they are completed. This means Christian can remotely see how a store is performing. Giving far more visibility than the raw data of temperature numbers or checkboxes.

Christian explains that the level of organization and general health of a location is obvious from the way the ingredients are prepared and presented.

“Everything has to look really clean and organized,” He says, “You can have cross-contamination of food and things looking sloppy. So that's one of the other things that those pictures provide.”

With Blanket, staff can take a picture of the counter with the poke ingredients displayed as they are completing the checklist. This allows Christian to identify any issues and ensure that brand standards are being met with a visual check.

“You can get an understanding of exactly how that store's performing by looking at those pictures during the course of the day or the week,” He says.

“We have a very distinct look to our tuna,” Christian adds as an example, “So if there's some sort of color change or something, you can identify that right away on the pictures.”

Using the photos, the completion rates, and other metrics provided every day by Blanket, Christian can tell when a location needs more assistance

“If a store is doing let's say less than 50% [completion rate], you can immediately see what they're missing, contact them and talk to them about it,” He explains.

Christian says it might simply be a staffing issue that can be easily resolved, but without Blanket it might never have been picked up.

He explains how the process looks: “If you're seeing that happen on a consistent basis, you easily have the resources, then reach out to the owner and say, ‘Hey, listen, we're having difficulty here’. Because they're not able to complete the Blanket checklist.”

“It's one of those things that's really easy to use, but also gives really detailed information that can help us be better at what we do,” Christian adds.

Fix problems before they become disasters

Temperature monitors send alerts to the team if the fridges are out of the safe temperature zone for too long and allow temperatures to be remotely monitored.

Christian explains how easy it is for a small mistake to turn into a big problem: “I've been in situations where you lose an entire walk-in refrigerator because the door kicked open, and all of the sudden the refrigerator's 50 degrees for eight hours. You temp all the food and it's 45 degrees and you have to throw it all out.”

He explains how tools like the fridge temperature monitors combined with the digital checklists offer a fail-safe to minimize the risk of a catastrophic mistake.

“There's always something that you might get distracted by and you're not thinking about at that moment, but the second you pick up that checklist, you're like, ‘Oh, that's right’”.

Onboarding new franchise locations onto any new piece of tech is a challenge as they require training on the system and troubleshooting for any problems that arise. Christian was impressed with the level of personal support offered by Blanket’s support team.

“I've had a number of email and phone call conversations with Michael over the last couple of years,” He shares, “And then moved to now with the openings and everything that we're doing.”

“Blanket’s app is really simple to use,” He says, “So if you're able to just kind of play around with a little bit of guidance, then you really become an expert very quickly.”

Overall, Christian has the support he needs for new franchisees to get up to speed fast: “The level of support has been really great. I can start training when I'm there on the ground at these locations and show them how to use it from the beginning. And that makes it really, really helpful.”

As Pokeworks continues to grow and excite new diners across the country, Blanket ensures that the brand’s excellent reputation is not damaged by standards slipping.

Onboarding is efficient with the excellent support provided and the digital checklists and photos mean standards can be monitored and maintained across a huge area. Food safety is kept top-of-mind with visual inspections and temperature monitors to avoid a disaster that, as Christian puts it, “could permanently damage a brand like ours.”

With Blanket providing the platform for consistent standards of quality and food safety, Pokeworks continues to grow and help its franchisees thrive into the future.

Get started with Blanket now! 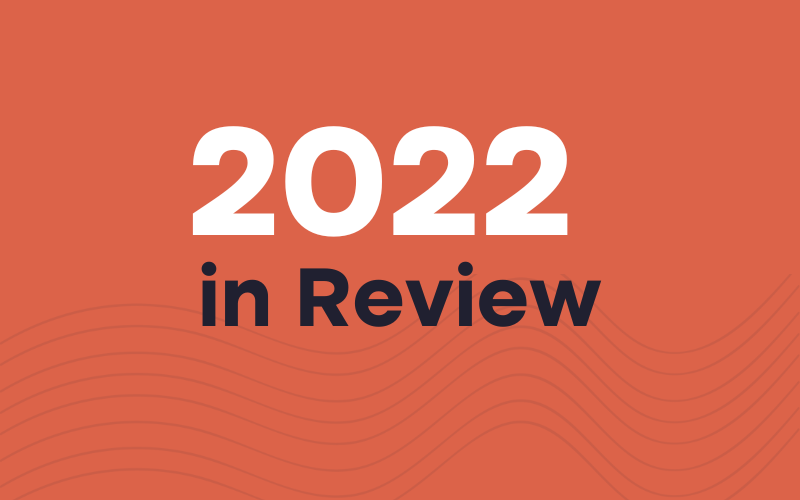 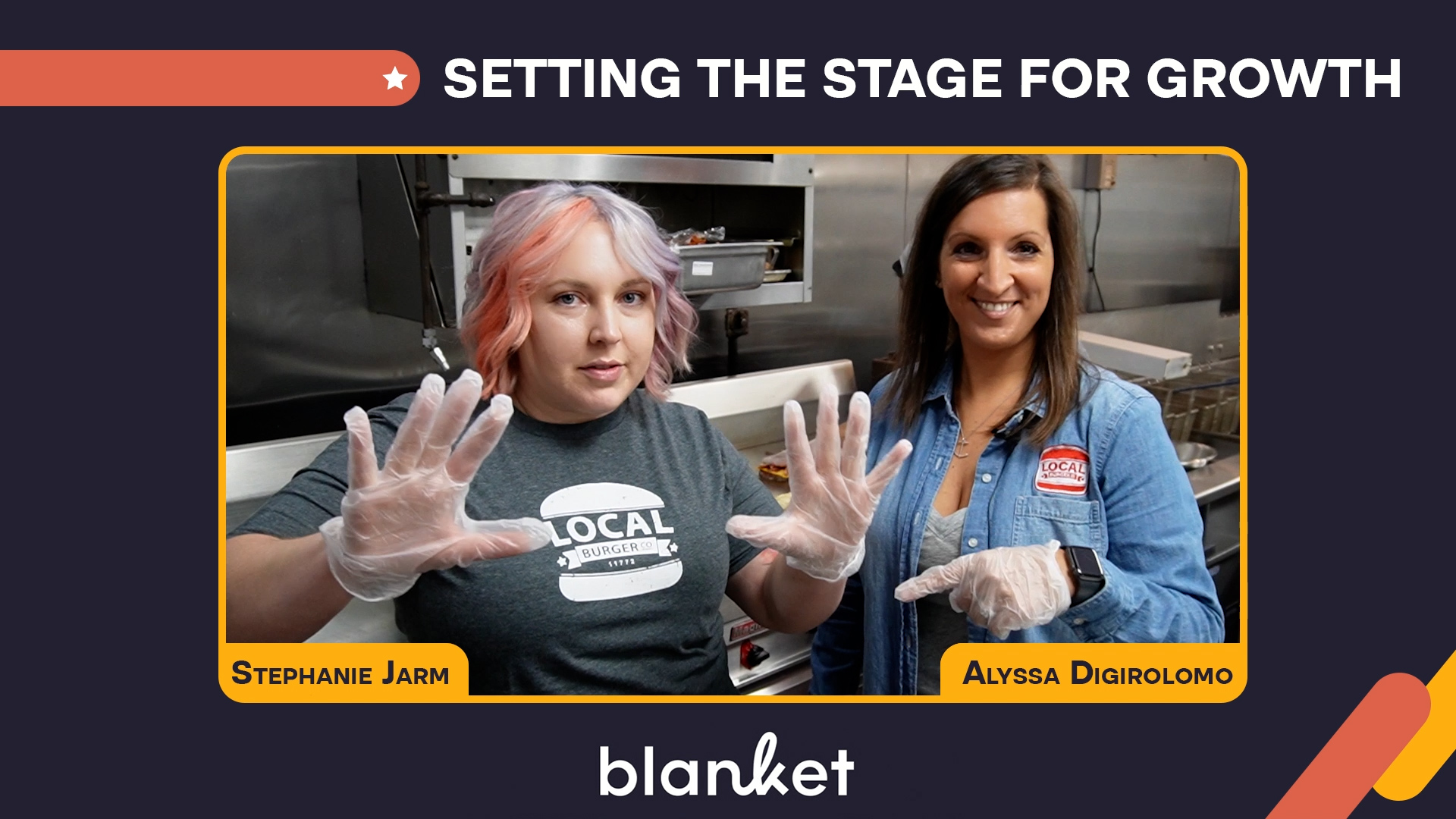 Setting the Stage for Growth with Local Burger 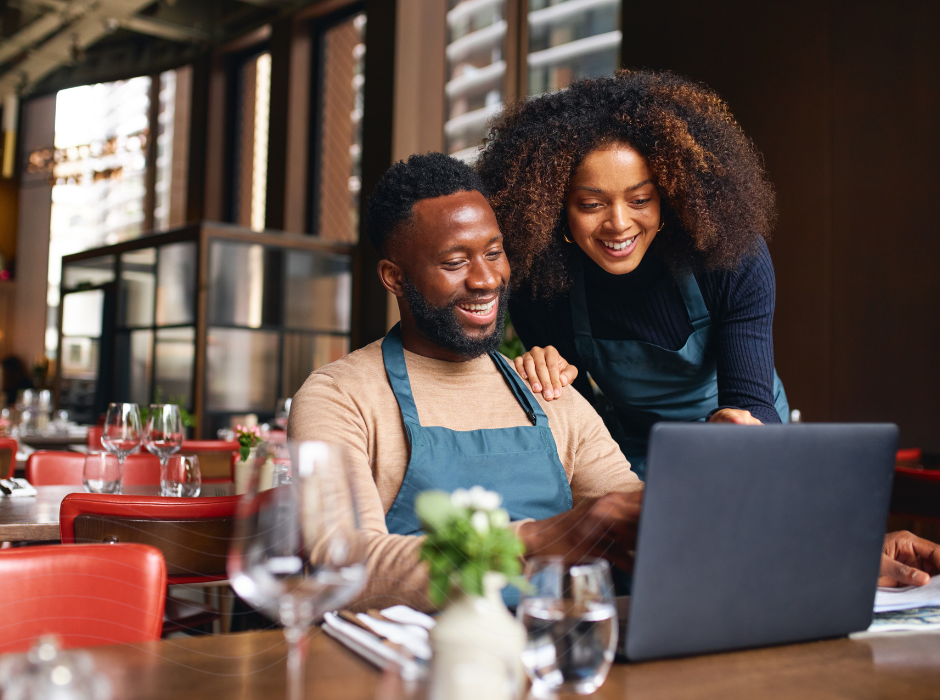